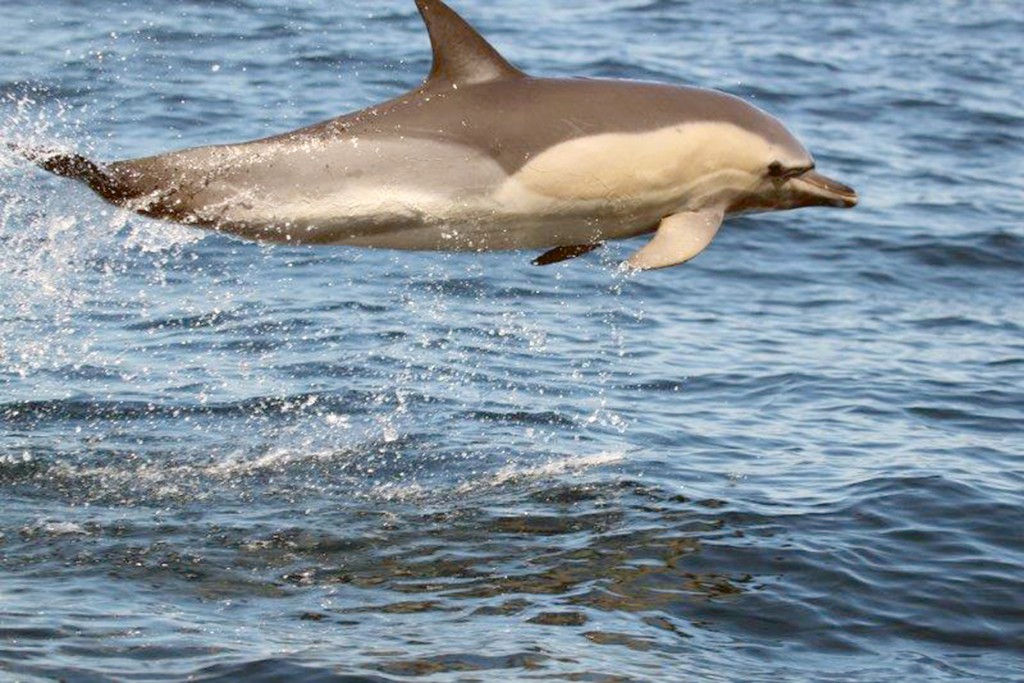 Gary Cohen, who sails his Commander 26, Winds of Change, all winter—at least when there isn’t any ice—saw a dolphin in Manhasset Bay last week.

While it is fun to think that we have our very own dolphin, it is not very good for the dolphin to be here. Communication about the dolphin to Gary centered on the dolphin’s safety: “When you are sailing keep an eye for him,” he was told.

There was a report of the dolphin later on in the evening, on April 6. The following day word was there was a dolphin floundering in the mud within Little Neck Bay.

The dolphin was observed swimming in a slow circular manner. It was identified as an adult short beaked common dolphin. The dolphin was able to free itself from the mud.

People had initially received a call reporting a dolphin matching this description on April 2—swimming slowly between the Throgs Neck and Whitestone.

The location and behavior of the dolphin were a concern. In general, common dolphins are oceanic dolphins and the sighting of a single animal could be a trigger for a stranding event.

So if you are out and about down by the shore, you may be able to see the tail of our resident dolphin, unless of course, she has already headed for the ocean. And that would be a good thing.

In other events, Paul Beaudin, Manhattan’s only sailmaker, will present “A Sailmaker’s Sailing Secrets” at the North Shore Yacht Club on Thursday, May 1, at 7:30 p.m.

Paul will discuss boat preparation, tuning and sail trim concepts that enable better success on the race course. These tips are applicable to all sailors and will make racing or cruising easier, faster and more enjoyable.

Paul is an associate of Doyle Sailmakers, with his offices and facilities on City Island. Paul has been a sailmaker for 25 years and has been sailing for over 50. As a racer, he has a world title, several national titles, countless regional victories, along with wins in many prestigious regattas, including the Newport Bermuda Race, Caribbean CORT Series, Key West Race Week and the Chicago Mackinac Race. He frequently races his J-105, LOULOU, out of Harlem Yacht Club on City Island.

The presentation is open to all cruising and racing sailors. There is no fee to attend. RSVP by email to Alan Bernstein, education committee chair: abernstein@alberncounsulting.com. Light refreshments will be available, but “if you want too much, bring a bunch.”

As readers may know, the next summer Olympics will be held in Rio. What readers may not know, though, is the condition of the water for those who are competing in sailing events. According to information from Scuttlebutt, the daily online sailing newsletter, the problem is this: Rio’s attempts at cleaning the waters where Olympic sailing events will be held in 2016 are so far behind schedule that clean-up efforts are now limited rather than lasting, local officials admitted on Thursday.

“Cleaning rubbish from the Guanabara Bay will be a stopgap effort,” said Carlos Portinho, the state’s sub-secretary for the environment. “But it’s what we have to do.”

Portinho, who took office in the last few weeks and is charged with cleaning the bay’s notoriously fetid waters, criticized the urban districts that surround the bay for contributing to the pollution.
“The municipalities are on the coast of the Guanabara Bay and they don’t think the rubbish thrown in the bay is their responsibility,” he said. Tenders for seven “ecoboats” that will skim garbage from the water’s surface and nine “ecobarriers” designed to stop rubbish from flowing into the bay from tributaries are scheduled to take place this month.

The bay is an integral part of Rio de Janeiro’s topography and skirts large parts of the city, most famously running along Botafogo and Flamengo beaches below Sugarloaf Mountain. Tourists to the city who cross the bay when driving in from the international airport are greeted by a fetid stench.

Sailors have expressed disgust at the high level of coli forms and other pollutants. Reuters reporters who sailed on the bay last month came across all sorts of floating debris, including an old sofa.
When it won the right to host the games back in 2009, Rio promised it would treat 80 percent of the sewage water flowing into the bay by the time the games start in August 2016. However, almost five years later, only half that target has been reached, said Gelson Serva, the state’s waste water coordinator. More information: http://www.sailingscuttlebutt.com/2014/04/10/olympic-sailing-rio-failing-meet-pollution-promises.

The above story leads nicely into an announcement from Save the Sound. Iona College in New Rochelle will host the 23rd Annual Long Island Sound Citizens Summit on April 25, from 9 a.m. to 3:30 p.m.

He is an international environmental and infrastructure consultant with interlocking expertise in water resource and water utility management, infrastructure economics, and public finance, land use and landscape preservation, and the economics of sustainable development.

He is recognized worldwide as one of the leading experts in the economics of sustainable development and the use of new green financial strategies.

This all-day event is open to the public and will feature updates on the Long Island Sound Study and a celebration of the 400th anniversary of Adrieen Block’s voyages. All will celebrate the sound’s past and present while exploring priorities for future action on the updated Comprehensive Conservations and Management Plan.

The event will be held in the Romita Auditorium, Ryan Library, Iona College, 715 North Avenue in New Rochelle. For more information: www.savethesound.org. 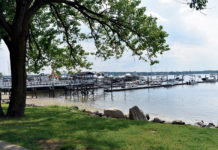 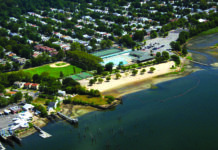 Village Board of Ethics Violation Information 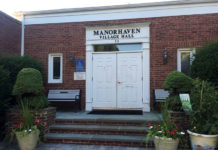 The Village Of Manorhaven Elections 2022