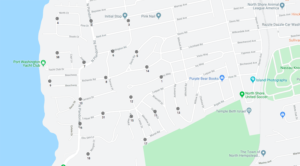 ExteNet Systems Inc. (ExteNet) submitted an application to the Town of North Hempstead for 16 cell nodes on Aug. 23, 2019. The deadline for a decision on the application is Monday, Dec. 16, 2019, but the town has not held any public hearings on the matter and have not corresponded with ExteNet since late October.

A decision to bypass the deadline, or “shot clock,” would give ExteNet the ability to sue the town in federal court. They previously sued the Village of Munsey Park for not responding to their one cell node application, but subsequently dropped the lawsuit and came to an agreement with the village.

“When a local government drags its feet beyond the shot-clock time frame, the FCC provides opportunity for that applicant to seek judicial intervention because of the locality’s failure to meet the FCC’s presumptive time limits,” ExteNet Eastern Regional Director of External Communication Richard Lambert said.

The town said they would not comment on the ExteNet application. Starting in December 2017, ExteNet had conversations with town officials, including Linda Brickman of Building Department, Michael Levine of the Department of Planning and Environmental Protection and the town’s attorney office. They also met with Supervisor Judi Bosworth’s staff, Deputy Director of Constituent Affairs Michael Anderson and Chief of Staff Janine Dillon. Since the town requested digital files on Oct. 29, and received them on Oct. 30, there has been no correspondence from the town.

“We all were engaging with one another fairly regularly since December 2017, so it was odd for the town to go dark,” Lambert said. “We expected, at minimum, a request for a meeting to discuss the application.”

The 16 cell node locations that are part of the application to the town are all north of the Village of Plandome Manor, in the unincorporated areas of Port Washington. The proposed nodes are currently on Beachway, Joel Place, corner of Terrace Drive and North Plandome Road, the cul-de-sac of Capi Lane, corner of Huntington Road and Richards Road, North Court, corner of Murray Avenue and North Plandome Road, corner of Murray Avenue and Carlton Avenue, Huntington Road, Davis Road, Richards Road, Ivy Way, the end of Leeds Drive, Oakland Drive, Amherst Road and the corner of Leeds Drive and Muriel Road.

ExteNet is has previously filed applications with the Villages of Munsey Park, Plandome Manor, Plandome and Flower Hill as part of the 66-node 4G network they are building for Verizon. Flower Hill and the Village of Lake Success have already been sued by ExteNet after denying the whole or part of the application. Plandome recently denied eight of the 10 nodes and a lawsuit by ExteNet is expected. The Plandome Manor shot-clock expires in January, but it could be extended.

If the town does not extend the shot-clock by Dec. 16, ExteNet will very likely sue and that might prompt the sides to start talking again.

“If the town does not respond to our communications, then there is not opportunity to agree on a shot clock extension,” Lambert said. “If they respond before the shot-clock expires, then a meaningful possibility exists that an agreement to toll the shot clock can be executed.”