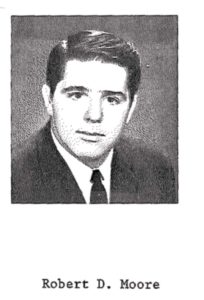 Robert (Dennis) Moore was a three-year football player, two-year wrestler and a one-year track and field athlete at Schreiber. Moore was a three-year letter winner, a first team All North Shore and All County starting offensive guard on the football team. He was named Diet Rite All American and a Gridiron 44 selection. He was honored with the Leo Costello Award as the most outstanding football player. Moore went on to being recruited and played at Hillsdale College on a football scholarship. He was named outstanding defensive lineman in his senior year and was awarded the All League Offensive Tackle and MVP in 1972 and 1973, respectively. He went on to the play for the Madison Mustangs in Wisconsin.

Moore has been living in Wisconsin for 49 years and cheers on the Badgers at every turn. He is married to his wife of 40 years, Lydia, and has three sons Ryan, Justin, and Zach.

We congratulate Moore on his induction into the Schreiber Athletics Hall of Fame. 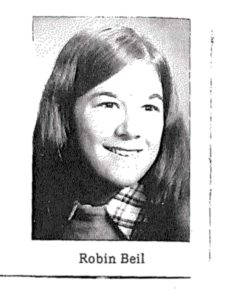 Robin was a four-sport athlete. She played three years of field hockey and four years of volleyball, basketball and lacrosse. Her leadership and respect from her teammates and coaches earned her to be named captain in all four sports her senior year. It was on the field hockey and lacrosse fields that she excelled. At Schreiber, she played attack and on the lacrosse team, she was a goalkeeper. Beil Mansfield was voted Schreiber’s Outstanding Female Athlete her senior year and was a member of the GAA. She moved on to play collegiate field hockey and lacrosse at Brown University. Her team was Ivy League Champions her freshman year and she was named to the All New England Team in lacrosse.

Beil Mansfield is currently a special education teacher in the Dover Sherborn school system in Massachusetts. Her activities include playing golf, biking, kayaking and running half marathons and 10Ks. Beil Mansfield has a married daughter, Kristen (Jeff), and a granddaughter, Piper, who live in Texas, and a married son, Colin (Ari), who lives in Lynnfield, MA.

Congratulations to Beil Mansfield on her induction into the Schreiber Athletics Hall of Fame. 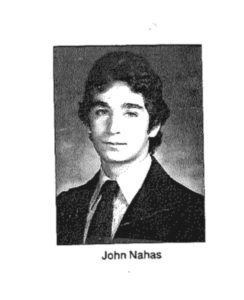 John Nahas was an outstanding three-sport athlete in gymnastics, wrestling and track and field. He was part of the wrestling conference champion team in 1978.

Competing in the 145 pound weight class, Nahas finished third in the county tournament of section VIII.
In track and field, Nahas competed in pole vault where his vault of 13 feet three inches was a record for more than two decades. He was also a division team champion in track and field. On the gymnastics team, Nahas was a competitor on the rings, pommel horse and vault. He was a member of the county championship gymnastics team that won all four years he was a competitor.

Nahas is a lifelong Port Washington community member. He has been married to his wife, Toniann, for 25 years. They have four children, all athletes at Schreiber. Kimberly (23) was a gymnast and a Portette, John (21) was a three-season athlete in football, wrestling and lacrosse, Michael (19) was a wrestler and holds the Schreiber record for most wins in wrestling, and Brittany, who is a senior, is a track athlete.

We want to congratulate Nahas on his induction into the Schreiber Athletics Hall of Fame. 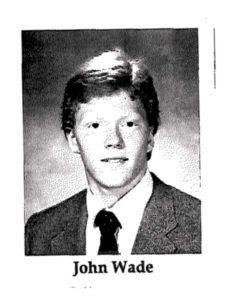 Rear Admiral John Wade was a two-sport athlete in soccer and lacrosse. He served as captain on both teams. In his senior year, he earned all county honors in lacrosse and was awarded Schreiber’s male athlete of the year. Wade went on to play Divisions I lacrosse at the Naval Academy for four years. He received the United States Naval Academy Vice Admiral E.C. Waller Lacrosse and Leadership Award.

As a career naval officer, Wade has served on patrol crafts, destroyers, cruisers and aircraft carriers. He has held multiple command positions—both at sea and ashore—and is currently serving as Commander, Carrier Strike Group 12/Abraham Lincoln Carrier Strike Group, in Norfolk, VA. He has served for 28 years in numerous overseas deployments and also served with the Army, Marine Crops and Navy SEALs. Wade has been married for over 25 years to his wife, Catherine. They have three children—Connor, who is a 2017 Naval Academy graduate, a former Navy Lacrosse goalie and currently serves on a Destroyer based in California; Ryan, who is a senior at the Naval Academy and is captain of the Navy lacrosse team; and Caroline, who is a freshman at Virginia Tech.

We congratulate Wade on his induction into the Schreiber Athletic Hall of Fame. 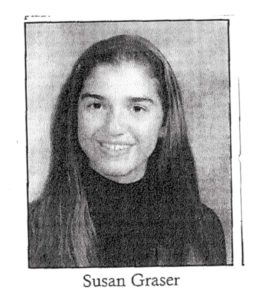 Susan Graser Weiss was a three-sport athlete in soccer, basketball and lacrosse. She was named Captain of the basketball and lacrosse teams. As a player, Graser Weiss was the consummate teammate, always supporting her team and coaches, while giving maximum effort on the court and fields. It was in lacrosse that she earned all conference, all county honors, and became a member of the Empire State Team in 1998. She earned Schreiber’s scholar athlete award for her academic achievements. After Schreiber, she played collegiate lacrosse at Georgetown University for four years and earned the “Bulldog Award” for outstanding effort and contributions.

Graser Weiss is currently a senior director of business technology at Pfizer Zinc. She married her high school sweetheart, Mike Weiss, and continues to live in Port with her three children Jake (7), Charlotte (4) and Kyle (1).

Congratulations to Graser Weiss on her induction into the Schreiber Athletics Hall of Fame.