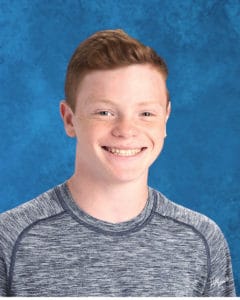 The events surrounding the death of George Floyd have thrust the role of the police, and their very existence, into the public spotlight. While the rage that has erupted across the country is largely justified, it often ignores the overall good done by the police. True change will only occur after thoughtful consideration of the role that policing plays in our society. I believe that this analysis begins with the motto of policing and concludes with three basic standards that each and every officer should adhere to on a daily basis.

We are all familiar with the words, ‘To Protect and Serve’. It is the motto of many police departments and seen as the basis for all police action. This motto provides the groundwork for defining the job of the police, but, unfortunately, it does not serve as a roadmap for police officers enforcing the law. Many people have started to ask the question, ‘Are police officers really protecting the people and serving the community or are they protecting themselves and serving the force?’. The answer to this question is complicated and requires further analysis on a case-by-case basis.

Melvin Carter, the mayor of Saint Paul, Minnesota and the son of a SWAT officer, has proposed a potential solution to this problem. Carter states that, “Our chief always asks our officers three questions: Were your actions reasonable? Were they necessary? Were they done with respect?”. Every officer in every situation must be able to answer these questions affirmatively. Failure to do so renders them incapable of protecting and serving the community.

In addition to achieving the ideals set forth by Mayor Carter, police must take additional action to build trust within the communities that they serve. This can be done through community policing. An idea in American culture since the 1960s, community policing is the concept of partnering citizens of each community with their police force in order to build trust between the two. Allowing those with a more thorough understanding of the community to provide input for how the law should be enforced reduces the problem of the “one size fits all” system of policing that we currently have in our country. Knowing how each specific community operates and differs from one another helps police officers to take more reasonable, necessary, and respectful action. With the knowledge that they will be treated fairly, communities will begin to trust their police officers and feel that they become a part of the community itself. This renders the police able to serve each community.

When police officers are comfortable with the dynamics of the areas in which they work, have earned the trust of the people, and are driven by the three key questions, they can properly protect and serve. I hope that in the future, further trust and relationships can be developed between the people and law enforcement in order to effect change and allow our police officers to continue performing their duties.