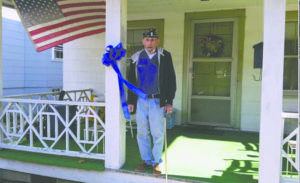 James Brew was born, raised and still resides in Port Washington. He was born April 29, 1933 and is the sixth generation on his father’s side to live here in Port. He has ancestors buried in the small Devoe cemetery on Pleasant Avenue dating back to the 1800s.

Jim, as he’s known to most, attended Main Street School from kindergarten through ninth grade and graduated Port Washington High School (now Weber) in 1951. He is the youngest of four brothers, all of whom served in the United States military. He was drafted in 1953 and served two years in the Army serving as corporal. He was based at Fort Dix and worked as a mechanic in the engineer’s motor pool.

After discharge, Brew returned to his job with the Town of North Hempstead on the patrol boat for several more years, and then continued to work on Manhasset Bay in various boat yards doing what he loved, which was fiberglass repair work, painting and varnishing boats. He was known on the bay for his talent and precise work.

Brew has been an active member of the local Masonic Lodge since 1958 and was the master of the lodge in 1967. He is also a member of the American Legion Post 509. For several years, he had the job of receiving tattered flags to be retired for the post.

Brew retired from work at age 71 to help care for his then-ailing wife Nessie. He has a son and daughter. At the wonderful age of 87, Brew still enjoys story telling, gardening and family and is honored to be this year’s grand marshal. 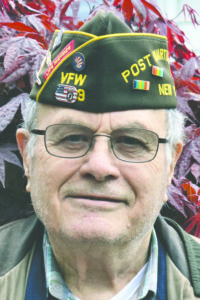 The Port Washington Veterans of Foreign Wars Henderson-Marino Post 1819 has selected Carl J. Lalena as this year’s Grand Marshal for the Memorial Day parade. Lalena was born on Sept. 26, 1926 in New York City and raised in what Scott Fitzgerald called the “City of Ashes”—Corona, Queens.

After his graduation from Forest Hills High School, Lalena enlisted in the United States Navy in 1944 at the young age of 17. He served two years in the United States Navy as a gunner/machinist and served aboard the SS Philip P. Barbour. He was a young man who served in the South Pacific and received a number of commendations for various naval battles against the Japanese. He received a World War II Victory Medal, Good Conduct Medal, American Theater Medal, Asiatic Pacific Theater Medal and the Philippine Liberation Medal.

After serving in the Navy, Lalena became a New York City Detective in the Major Crime Unit in New York City. He retired as a highly respected First Grade Detective.
Lalena and his deceased wife, Jean, have three wonderful sons. Dennis is an insurance adjuster/investigator. Robert, an Air Force veteran, is a chef at a restaurant in Syosset.

John, an executive with New York Life, resides in Port Washington with his family. He is a proud grandfather of 10 grandchildren and a great grandfather of five. One of his grandchildren is a retired Marine Gunnery Sergeant who served in Iraq and Afghanistan. A great grandson is currently attending the Virginia Military Institute.

He is an avid golfer at Harbor Links Golf Club and a chef at the Ronald McDonald House in New Hyde Park. He is also a chef for his many friends and especially the seniors of Port Washington. 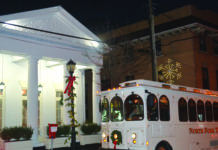