In celebration of Women’s History Month, the League of Women Voters of Port Washington-Manhasset and the Port Washington Public Library are cosponsoring a showing of the film Suffragette. The program will take place at 7 p.m. on Friday, March 11, in the Lapham Room of the library. Refreshments will be served. 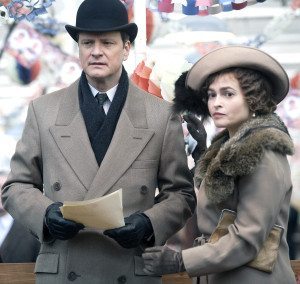 Suffragette is a powerful film about the women willing to lose everything in their fight for equality. Released in October 2015, this British historical period drama is directed by Sarah Gavron and written by Abi Morgan. It stars Carey Mulligan, Helena Bonham Carter and Colin Firth.

A true story about foot soldiers of the early feminist movement, Suffragette dramatizes an important, and still painfully relevant, time period in women’s history when women were forced underground to pursue a dangerous game of cat-and-mouse with an increasingly brutal police force. Set in early 20th-century Britain, the film focuses on how the life of a working wife and mother is forever changed when she is secretly recruited to join the U.K.’s growing suffragette movement.

Antonia Petrash, a noted Long Island author of several books on women’s history, whose latest book is Long Island and the Woman Suffrage Movement, will introduce the film and speak briefly about some differences between the American and British suffrage movements.

Petrash, who recently retired as the director of the Glen Cove Public Library, is a member of the League of Women Voters, working on women’s issues. She lives with her family in Glen Cove.

The program is open to all, free of charge. For more information, contact Nancy Cowles at 516-883-0011 or by email at jhcarch@aol.com. The Port Washington Public Library is located at 1 Library Dr. in Port Washington.