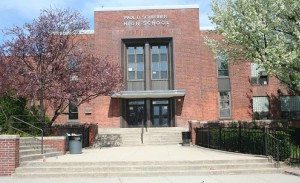 Chief of Police James Salerno said, “The case in under investigation. I cannot comment on suspects at this time. A custodian discovered the windows broken. The damaged windows were on the south side of the high school. It appears they were damaged sometime on Saturday.”

Dr. Mooney said, “Sites [of the damage] were secured over the weekend, new glass was ordered and we are waiting for shipment.” 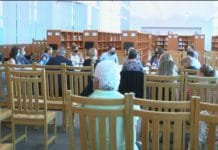 Fifth Grade Students Celebrate Their Moving Up To Middle School