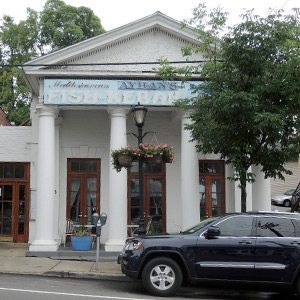 “There were a lot of unfounded things that we have to challenge,” Hassan said. “We run a very good establishment.” Ayhan’s has been serving Mediterranean food to Port residents and visitors since 1980.

Hassan said he would be meeting with his lawyer to discuss next steps.

In a ruling in U.S. District Court, Judge William F. Kuntz determined that the case did not need to go to trial because, he said, the evidence was overwhelming.

The Port Washington women—sisters Ashley, Gabrielle and Lauren D’Annunzio—are entitled to monetary damages for “the appalling sexual abuse they were forced to endure,” Kuntz ruled.

Kuntz referred the case directly to a magistrate, who will consider damages against Ayhan’s and one of its managers, Dario Gomez.

Dismissed was the part of the lawsuit against Hassan. The judge said there was no proof he knew about the harassment.

The suit, brought by the sisters in 2011, alleged a litany of harassment between 2005 and 2008, including some of their private parts being touched and slapped.

In one of the most serious allegations, the complaint says in July 2008, 17-year-old Lauren D’Annunzio was “violently and sexually assaulted” by co-worker Juan Pablo Orellano in the restaurant’s basement.

Orellano was subsequently charged and deported for the assault, according to authorities.
Gabrielle and Ashley were also harassed, the suit says.

The complaint claims “Orellano worked in tandem with another employee, Carlos Marquina, to make lewd gestures towards Gabrielle…after Orellano tapped Gabrielle’s shoulder to get her attention, Marquina made [sexual] motions towards Gabrielle.”

In Ashley’s case, according to the suit, within her first month of working at the restaurant, she was allegedly subject to sexual comments from Orellano. These included telling her she was “sexy” and had a “nice figure,” and Orellano also allegedly tried to massage Ashley’s shoulders, the suit says.

“The evidence demonstrates that Orellano and other employees made unwanted sexual comments and vulgar sexual motions toward the plaintiffs,” Kuntz said. “While this pervasive abuse was occurring, Ayhan’s Fish Kebab Restaurant took no meaningful corrective action.” 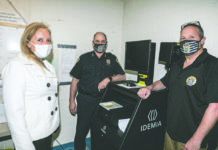