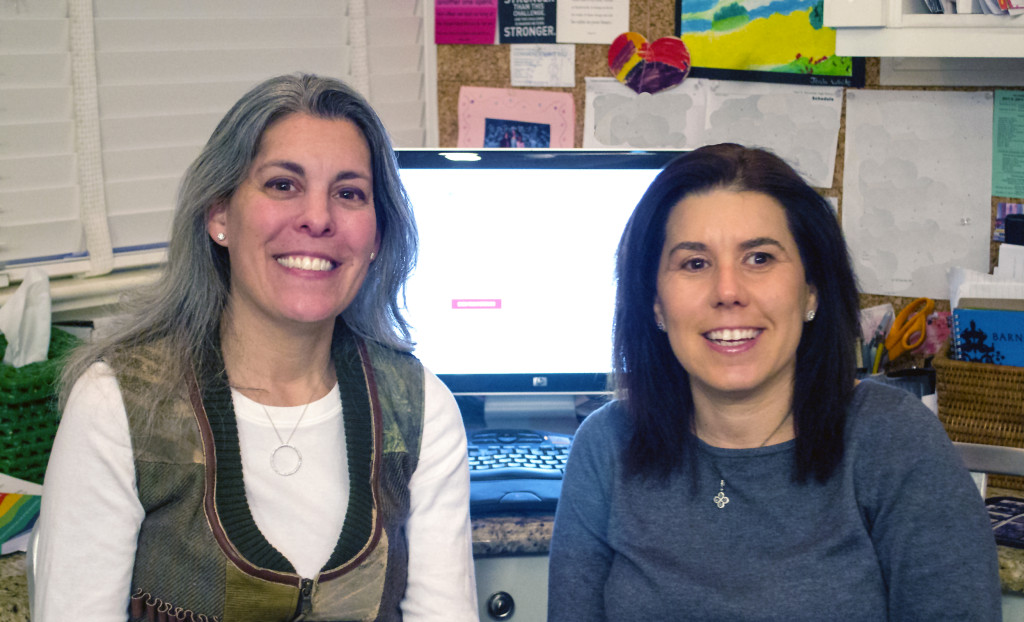 Don’t mess with the moms. Okay, nor the dads. But especially the moms. Because they are not going to get tired or get shooed away. Just ask Deborah Abramson Brooks and Allison White.

“My daughter is a minor, and it is my job to protect her,” said Brooks, whose nine-year-old daughter is in the fourth grade in Port Washington public schools.

“In my gut, as a mother, I fear what is going to happen,”said White, who has two sons in Port Washington’s Schreiber High School and another who is a senior at Columbia University.

The scary threat they are talking about is inBloom, Inc., an Atlanta-based corporation funded by the Bill and Melinda Gates Foundation, that is working with state governments to get just about every bit of data that can be gotten about our kids, storing it, crunching it, and making our kids’ educational careers — and basically their lives — so much spreadsheet fodder.

As it stands now, the New York State Education Department is planning to turn over the names and records of more than two million public school students to inBloom. These kids include yours. Brooks and White are fighting back.

“I’m not doing this just for my kids,” said White. “I’m doing this because I think it is wrong.”

The two moms have put together an on-line petition that opposes “the creation of this database and the collection, storage, and release (potentially to for-profit companies) of any and all confidential and private personally identifiable information without the express consent of parents or legal guardians.”

inBloom wants to amass more than 400 data points on each kid — name, address, grades, test scores, disciplinary and health records, disabilities, race, ethnicity, economic status and so on. The company says that its mission is to “inform and involve each student and teacher with data and tools designed to personalize learning.”

Benign? Well, that depends on how the data is used. It also raises the question of how much data is really needed to figure out what a kid knows, needs to know, and how that kid is progressing. With all of the information inBloom will have on each student, you can be told with the seeming authority of data, precisely how your kid should be educated. The state or local districts could enforce these inBloom-derived directions. inBloom will “know” whether particular schools and teachers are good or bad, whether playing in the school band or preparing for a standardized test leads to a better “student outcome,” or even whether you’re a good or bad parent. It’s all easy to find in the data.

The information inBloom gathers will be kept in “the cloud,” managed by Amazon. Assurances from inBloom and the State Education Department that this information is hack-proof are a lot less believable since information on 40 million Target customers was compromised. Plus, inBloom’s underlying operating system was built by a company owned by Rupert Murdoch. (“Hey, wasn’t his company implicated in Britain’s phone-hacking scandal?”)

But even more fundamental, Brooks and White say, is that inBloom is a violation of the right to privacy.

“We parents have to have control over what happens to our children’s information,” said White. “We are their protectors.”

While various organizations (such as classsizematters.org) and ad-hoc groups on Facebook are fighting New York’s embrace of inBloom, Brooks and White believe that “grass-roots” efforts are needed, not just to persuade local legislators to join the fight, but also to inform parents.

“I talk about it in the grocery store,” said Brooks. “This is something that almost everybody can agree on. And I want to get as many people as possible aware of it.”

At press-time, nearly 2,000 people from around the state had signed the petition. And their local law-makers are on their side.

“Parents have an absolute right to protect their children in all things — that includes preventing the State Education Department from sharing a child’s information with a third party without their knowledge and consent,” said Sen. Jack M. Martins’ (R-Mineola), who has a bill in the Senate that prevents student information from being shared with third parties unless there is parental consent. He plans on reintroducing it when the legislative session starts this month.

Assemblywoman Michelle Schimel (D-Great Neck) is on board, too. An early opponent of the state’s inBloom plans, she has been pushing legislation to put the power — for opting in and opting out — in the parents’ hands.

“It is extremely troubling,” she said of the Education Department’s rush to join inBloom. “It is almost like everyone is marching forward over a cliff. It is time for someone to say ‘Stop!’”
The petition is at petitions.moveon.org/sign/protect-new-york-state