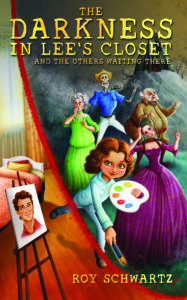 Delve into the world of the dead with author of The Darkness in Lee’s Closet and the Others Waiting There Roy Schwartz at the Dolphin Bookshop and Cafe on Nov. 10.

The Darkness in Lee’s Closet and the Others Waiting There follows Lee, a young girl who recently lost her father, as she discovers that the darkness in her closet leads to the afterlife. Lee hatches a plan to find her father in the afterlife and bring him back home. With the help of four dead yet talkative companions she finds trapped in the darkness, she sets off through the afterworld.

“This book wanted to be a kids book,” said Schwartz. “It was just naturally coming out that way. As I was writing it, it reminded me of a more modern take on The Wizard of Oz or Alice in Wonderland. These kind of stories are the best because they’re layered and have something for everyone.”

The middle grade (8 to 12) dark fantasy published by Aelurus is Schwartz’s debut novel. Schwartz, originally from Tel Aviv, Israel, served a three-year draft in the IDF in counterterrorism and then came to New York where he earned a BA in English at The New School and an MA in English at NYU. He has written for newspapers, magazines and websites in the US and abroad and is a writer-in-residence at the New York Public Library. When not writing, he is the director of communications of a regional law firm.

The now Long Islander said that he started writing The Darkness in Lee’s Closet and the Others Waiting There as part of his undergrad project in 2006. In writing the middle grade tale, Schwartz explained that two separate ideas led to the book’s creation. He noticed that all classic children’s literature and fables have a young hero, usually an orphan of one or both parents, and he wondered why it was such a trope and wanted to explore it through his fiction writing.

“I also wanted to sort of write a rebuttal for Disney stories of fairytales,” said Schwartz. “I love Disney and its stories, but when we see the Disney versions, they always teach us that things are never as scary as they seem, that if you have faith it can work out and then you have a fairytale ending. I wanted something more real. Life is sometimes difficult and sometimes things are as daunting as we think they are but if we rely on support of friends and family and if we rise to the occasion, we can overcome them.”

Schwartz finished the book a few years later and pitched it around to publishers, but there didn’t seem to be interest. He said that he left the file on his computer collecting virtual dust. One of the editors who had read the book when he first pitched it had become editor in chief at Aelurus, remembered Schwartz’s book and called him to say Aelurus was interested.

“When you spend a few years writing a book you believe is something special, you don’t know if others will agree,” said Schwartz. “When someone agrees you have two reactions: one incredulous, self-doubt moment where you ask, ‘are you sure?’ and another that says, ‘it’s about time.’”

The book debuted on Sept. 4, and Schwartz said it became a number one new release on Amazon in two categories and stayed in the top 10 for two weeks.

“I never imagined having a top 10 book being an unknown author and this being my first book,” said Schwartz.

The book illustrated by Patricia Vásquez De Velasco is currently sold on www.Amazon.com. He will be signing the book at the Dolphin Bookshop and Cafe (299 Main St.) from 12 to 2 p.m. on Nov. 10 along with Melody Pourmoradi, author of XOXO, G.D. Praetorius, author of Baby Sitting a Band on the Rocks and Kosta Rosvoglou, author of Pride. 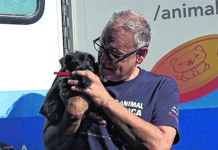