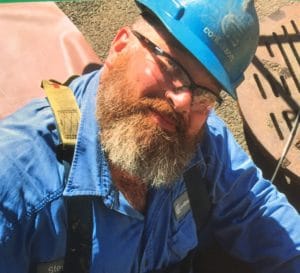 Leopoldo Forte Cimini, 43, died unexpectedly on Sept. 25. Leopoldo was born on September 18, 1977 and grew up in Port Washington. He was an enthusiastic Cub Scout and later Boy Scout, taking on leadership roles within his troop and mentoring younger Scouts along the way.

He graduated from Paul D. Schreiber High School where he was a lighting designer for local theater productions, occasionally taking the stage. As a teen he began a lifelong habit of journaling his musings, essays, and poetry. He was never without a notebook and pen, ready to capture a moment or feeling. He continued his studies at SUNY Morrisville, Purchase, and Stonybrook.

He worked underground as a top distribution splicer for Consolidated Edison for over a decade. His commitment to and love of his work motivated him to teach and mentor others. Leopoldo was a dedicated supporter of the George Dillman Memorial Scholarship, established in memory of his coworker.

He loved his family, friends, work colleagues; and enjoyed telling them stories that began with an impish smile and crescendoed to contagious laughter. He started a “Guys’ Night” with his father to a Yankees/Red Sox game. It became an annual tradition and often included other family members. Sharing his mother’s cookies was another favorite annual tradition. He loved dogs, the Simpsons, the Yankees, country music, as well as wry, subtle, and occasionally earthy humor. He had a knack for winning trivia and radio contests, always giving away his winnings. He especially loved being favorite uncle to his nephew and niece, consistently finding the perfect gifts for them. He will be remembered for countless kind acts, his enthusiasm for family gatherings, and his heart of gold.

He is loved and survived by his parents, Leopoldo and Laura Cimini, sisters Claudia and Marisa (Doug), nephew D’Angelo, niece Stella Rose, and many aunts, uncles, cousins, and friends.

Visitation will be at Dalton funeral Home, Williston Park. COVID guidelines will be observed.
A private funeral will be limited to immediate family.

In lieu of flowers, the family welcomes contributions to the George Dillman Memorial Scholarship at St Francis Prep, https://alumni.sfponline.org/donations/fund.asp?id=3624 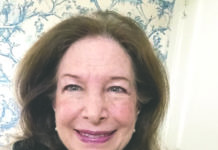 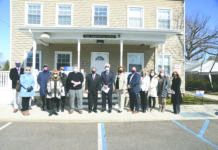 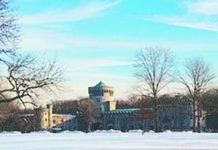