The Port Washington Water District (PWWD) is set to receive approximately $18 million in grant funding from New York State. This funding will help offset a portion of the district’s costs for emerging contaminants like 1,4-dioxane. In December, New York State Governor Andrew Cuomo announced that the state’s Environmental Facilities Corporation would dole out more than $120 million in grants aimed at helping Long Island water districts treat these emerging contaminants.

“By investing in improving our state’s water infrastructure, we are laying the foundation for regional growth and prosperity while also protecting our natural resources,” Cuomo said in a statement. “These investments in our communities will help ensure residents in every corner of the state have access to safe, clean drinking water, helping to build a stronger New York for all.”

“The Port Washington Water District would like to thank Governor Cuomo and the New York State Legislature for generously allocating this grant funding,” PWWD board of commissioners chairman David Brackett said. “This grant will help fund a portion of the infrastructure needed to treat emerging contaminants in our water supply further solidifying our treatment capabilities for decades to come.”

According to the Environmental Protection Agency (EPA), 1,4-dioxane is a synthetic chemical produced as a byproduct in paint strippers and antifreeze, among other products and it is found in many household cleaning and beauty products. The EPA calls 1,4-dioxane a “likely” carcinogen. No federal regulations on 1,4-dioxane levels are currently in place, but the EPA health advisory for the chemical is 0.35 ppb. Cuomo signed legislation banning the sale of cleaning products containing 1,4-dioxane in the state on Dec. 9.

The district, along with several other water providers on Long Island, has also filed litigation against manufacturers of these emerging contaminants as an additional means of recouping the high costs associated with the facilities, technology, monitoring, operations and maintenance necessary for effective treatment.

“The idea is that the public shouldn’t have to bear the cost of removing chemicals they didn’t put in the water,” Katie Jones, an attorney at Sher Edling LLP, a California-based law firm representing many of the communities, said. “The responsibility falls on the company that manufactured the chemicals, marketed and promoted their use all while knowing about its risks to human health and about how long it stays in the environment.”

Additionally, a portion of the funding will allow the district to pay off a portion of the $16.1 million bond, which was recently taken out by the district to build three new treatment facilities. These new facilities will include the installation of a new treatment technology called Advanced Oxidation Process (AOP), the only approved method to remove 1,4-dioxane and any potential treatment byproducts from the drinking water. The AOP systems will remove the contaminants in wells where the level of 1,4-dioxane detected exceeds 1.0 part per billion (ppb) a maximum contaminant level approved by the New York State Department of Health last summer. These new facilities will also include a Granular Activated Carbon (GAC) filtration system, an industrial-sized carbon filter that is used in tandem with the AOP treatment.

Water districts in the state have three years to set up 1,4-dioxane filtration systems in wells exceeding the maximum contaminant level. The 23 total grants given out to Long Island water districts, which range from $42,000 to more than $14 million, fund at most 60 percent of the estimated cost of setting up the necessary number of AOP systems in each district. The Port Washington Water District’s funding comes as water providers across Long Island and the State prepare for the new standards of Maximum Contaminant Levels (MCL’s) for water contaminants, which will soon to go into effect.

“What this grant will do is allow us to pay back the bond and help offset the costs of this vital work to our residents,” Port Washington Water District Commissioner Peter Meyer said. “We are grateful to have the state as a dedicated and committed partner in the fight against contaminants such as 1,4-dioxane.”

“We appreciate the state’s leadership and these resources, and we recognize that they will help water providers begin to address the enormous challenges and costs posed by emerging contaminants,” said PWWD Commissioner Mindy Germain. “But the fact remains that these are New York taxpayer dollars being spent on a problem that chemical manufacturers knowingly caused. Our lawsuit aims to put that financial responsibility back where it belongs—on those companies.”

For more information, call the PWWD at 516-767-0171 or email info@pwwd.org or visit www.pwwd.org. To receive regular updates from the Port Washington Water District, sign up for email updates on the district’s homepage. 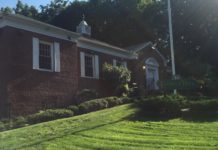 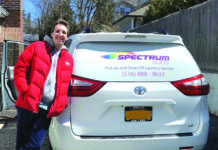