The Town of North Hempstead has a number of recovery projects in the works, including rebuilding the town dock in Port, repairing a number of critical bulkheads and seawalls, and completing sand removal, that have yet to be funded more than 18 months after the storm.

Schumer last week called on the Federal Emergency Management Agency (FEMA) and the Dept. of Housing and Urban Development (HUD) to prioritize and expedite consideration of several major projects that will help protect Nassau County’s north shore communities in the event of a future storm.

He said that while many projects along the south shore have been the focus of post-Sandy efforts, hard-hit communities like the Town of North Hempstead cannot be forgotten. Schumer was joined by North Hempstead Town Supervisor Judi Bosworth.

“Sandy showed no mercy to either shore of Long Island, and while the South Shore’s recovery has been critical, it’s also clear that the Town of North Hempstead is desperately in need of federal funding,” Schumer said.

The residents of the Town of North Hempstead “have proven to be resilient following Superstorm Sandy, but we must ensure that our shoreline is as well,” Bosworth said.

The 526,776 square-foot town dock is physically deteriorating due to Sandy damage and needs infrastructure upgrades as well as new economic development planning and improvements, Schumer said. The dock brings in large pleasure cruises and allows for a water taxi service that ferries people out to their boats on the moorings. Damage from Sandy has hindered that activity and has also threatened safety on the local waters, he said.

Before Sandy, the town was able to bring in two boats per day. After Sandy, due to the large amount of sediment buildup, only one boat can be brought in per day and that is only at high tide.

In addition, Public Safety Harbor Patrol is stationed at the dock and often, at low tide, these boats cannot get out of the harbor. These boats patrol for Boating While Intoxicated (BWI) boaters and other safety matters, but it has been difficult for the patrol to do their job efficiently post-Sandy.

Additionally, the Town of North Hempstead is responsible for issuing permits for moorings and since Sandy, has not been able to issue as many moorings because the water is too shallow for the boats, which is a loss of local revenue.

The Town of North Hempstead is seeking funding for feasibility, planning and an engineering study that will address the upgrade of the town dock and surrounding business corridor as an economic hub. The proposed project would replace the corrugated steel bulkhead system, adding three feet to accommodate higher tides because of island protection erosion. The town is in the process of applying for 406 Public Assistance funding through FEMA and though final estimates are expected to be available next week, the total project cost is estimated to be up to $15 million.

The Town of North Hempstead has also applied for FEMA Hazard Mitigation funding to repair failing bulkheads and seawalls for projects in three locations—a $2.9 million project that includes Sunset Park in Port.

North Hempstead Beach Park, formerly Bar Beach, which is an important recreational and revenue-generating destination, was also severely impacted by Sandy, and the Town has multiple 406 Public Assistance applications submitted to FEMA for approval.

North Hempstead Beach Park has about 1,483 linear feet of exposed parking lot to the Long Island Sound. During Sandy, the parking lot was used as an alternative debris site due to its proximity to North Hempstead’s transfer station and availability of space, which led to approximately nearly 30,000 tons of debris placed on the parking lot.

Such substantial debris damaged the lot and the infrastructure beneath it. The town is seeking $2.5 million to rebuild and reinforce the lot with stronger materials so that it can continue to be a designated debris site for future storms, a critical staging area in close proximity to North Hempstead’s Transfer Station, that will help the town to handle emergencies. The Town of North Hempstead is also looking to repair the asphalt damage to the parking lot of the beach which is estimated to be $322,865. 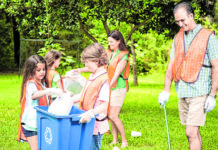 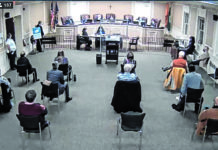