iSchool of Music and Art is celebrating its 10-year anniversary in Port Washington. The school was founded by co-owners Ken Benshish and Yi Qian. Benshish and Qian created a school with a unique philosophy: teach through inspiration rather than demonstration by giving students a combination of outstanding teachers, small classes, a nurturing environment and peer interaction.

Benshish and Qian own two other iSchools: one in Syosset that they opened in 2008 and the other in Rockville Centre that they opened in 2012. Benshish stresses that their schools are not franchises. They started the schools with a vision that is different from franchise music schools. “Yi and I started these schools. We are not part of a franchise. We own and cofounded all three locations, and we are very proud of that. Our music programs are educational, not music disguised as education. Every student learns to read music at iSchool.”

Benshish and Qian differentiate their school from others because all of their instructors have music degrees and have performed professionally. “All of our teachers have made a living making music,” said Benshish. “They all have music degrees and have an educational background. That makes us unique. Our school is different in the high quality of our teachers from any other music school.”

iSchool of Music and Art was also the first school on Long Island chosen by Steinway to be an educational partner. “We are one of two schools on Long Island that Steinway chose, and Steinway chose us first, to be a educational partner. All of our pianos are Steinways. Our students all play on these pianos. Quality is number one at our school and Steinway is the best. All students are playing on professional equipment. We have four Steinway studios. Piano is by far our most popular instrument.” 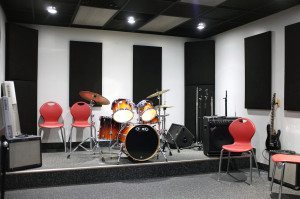 In addition, the school has two guitar studios and one drum room. Altogether the school has seven studios and two large ensemble rooms for bands. Lessons run from 30 to 90 minutes. “We also have glee club and musical theory for songwriters,” said Benshish. “We have a Music Explorers class for beginners. Even beginners can be put together in a band.” 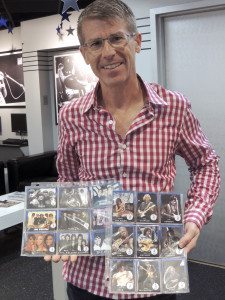 iSchool students also traveled to Beijing to perform. Ten students did a 10-day tour of Beijing and performed there every day, said Benshish. “Our all-star band went. We were invited to play in China at the Beijing National Library. They were the first rock band to perform at the Beijing National Library. We did the trip in style. We stayed at the W Hotel in Beijing. We had an English-speaking guide the whole time. We went to all the historic places. The band even did a concert on the Great Wall of China.”

Benshish is passionate about his schools and about music. He even designs and makes “music cards” that are like baseball cards, but they have a musician and their information on it. “I give the cards to the kids and they collect them,” said Benshish.

Benshish is pleased with the school’s Port Washington location. Qian moved to New York in 2004. He lives in Manhasset and was scouting locations for the school 10 years ago and found the location in Port Washington. “I am so glad we picked Port Washington as the birthplace of iSchool. The support of the Port Washington community throughout our 10 years is the key to why iSchool is a success,” said Qian. 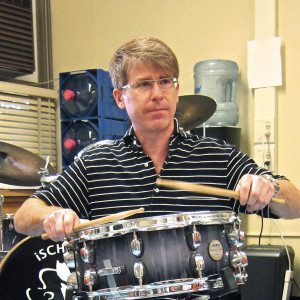 “I equate Port Washington with families who want the best,” said Benshish. “Port strikes a wonderful balance of family-friendly activities with shops and eateries for adults. My favorite event of the year has always been Harborfest because of the art, food and, of course, the music.”

They knew the location Qian found would be a great facility, Banshish continued. “I like spending time in Port and enjoy the community,” said Benshish. “There was a need for a music school here in Port. The public schools are very supportive of the arts but the town lacked a good, high-quality music school.”

Benshish lived in Manhattan for nine years but now lives in Port. “Yi and I are a good mix because I’m a city guy, with a harder edge, Qian has a softer edge,” said Benshish. “We meet in the middle.”

iSchool of Music and Art is located at 14 Vanderventer Ave., Suite L4. For more information about their classes go to www.ischoolmusicart.com.